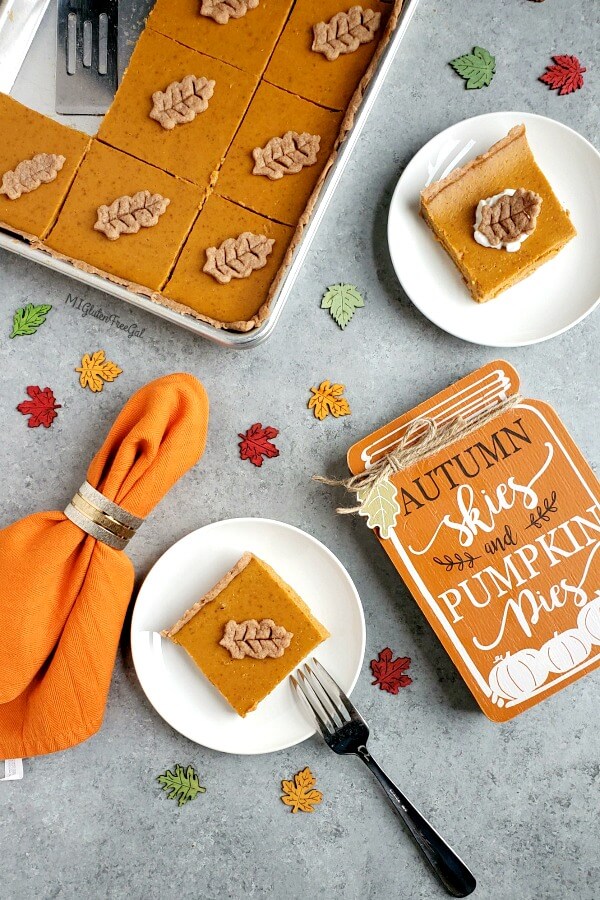 “Of all the pies I’ve ever made, this Grain Free Pumpkin Slab Pie takes the cake. Or should I say the pie? Made with Chebe’s gluten free cinnamon roll mix, it may be the easiest, too.

What is a Slab Pie?

Well, basically it’s as it sounds. It’s flat slab instead of round. Why make pie in a sheet pan? It’s easier to store and to cut. Everyone is going to want a piece of this grain free pumpkin slab pie, and I want to be as fair in my slices as possible. Plus, it cooks faster, in half the time as a regular pie.”  – Margaret Clegg, MI Gluten-free Gal

Want to make it round? Simply roll the crust into a circle and place in a regular 9″ round pie pan. Make sure to press the dough up the sides of the pan. I highly recommend chilling any pie crust prior to baking, as it prevents it from shrinking in the oven.